Mercedes-Benz parent company Daimler and auto supplier Bosch plan to launch a self-driving car pilot for the public in San Jose, California, in the second half of 2019.

The two German auto companies have been quietly collaborating to deliver advancements in an increasingly competitive global race to make autonomous cars a reality.

The pilot puts Daimler and Bosch on roughly the same pace as General Motors and slightly behind former Google car company Waymo. GM is expected to launch a similar pilot in the second half of 2019, while Waymo is poised to do so imminently.

Other major automakers and tech companies are also pursuing plans for real-world self-driving car services, but their timelines are further out.

Daimler and Bosch will offer self-driving car rides in Mercedes-Benz S-Class luxury cars between downtown and west San Jose. The companies said they and San Jose have “signed a memorandum of understanding to pursue and finalize this activity.” 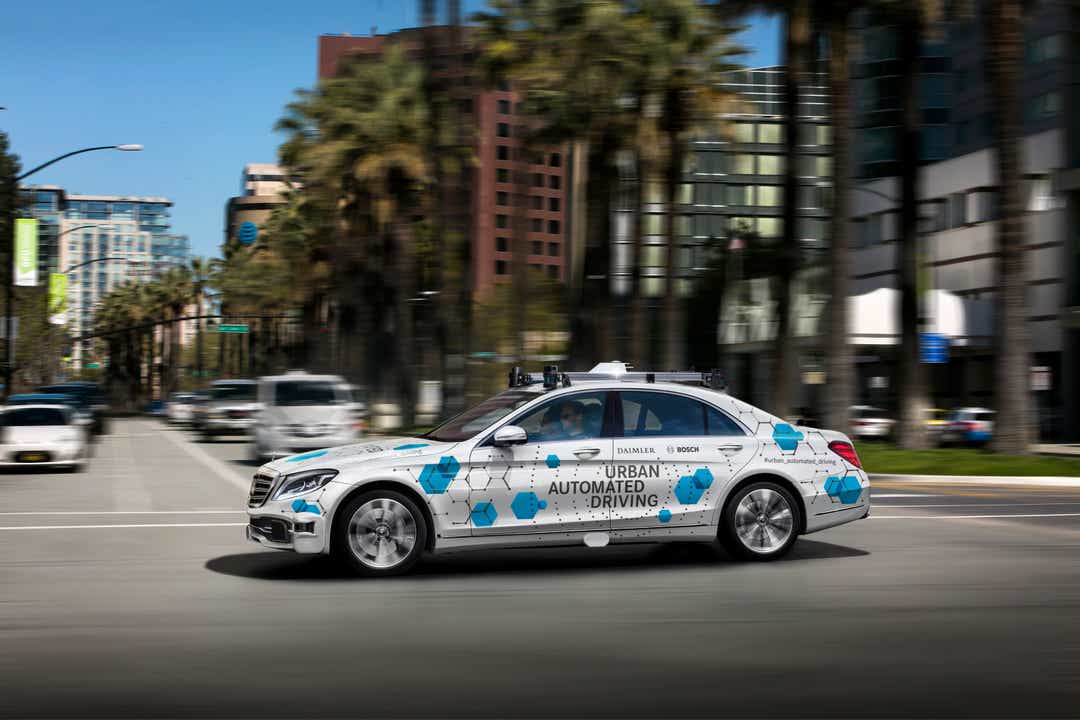 They had previously announced plans to launch a self-driving car pilot in Silicon Valley but had not announced the location.

The rides will be offered through a Daimler Mobility Services ride-hailing app. Users will be able to sign up at a later date but it’s not clear how they’ll be picked.

“A selected user community will have the opportunity to hail a self-driving car, monitored by a safety driver, from a designated pick-up location and drive automatically to their destination,” Daimler and Bosch said in a statement.

Engineers for Daimler and Bosch have been collaborating side by side on autonomous vehicle technology development at offices in Germany and Silicon Valley.

Daimler is specializing in delivering the vehicle’s driving system, while Bosch is providing key components, such as sensors.

They have said their ultimate goal is to deliver a self-driving car by 2021.

“The most urgent and difficult work is to develop a system which will work reliably, safely, daytime and nighttime under all circumstances and conditions,” Michael Fausten, head of urban autonomous driving for Bosch, told USA TODAY earlier this year.

This website uses cookies to improve your experience while you navigate through the website. Out of these, the cookies that are categorized as necessary are stored on your browser as they are essential for the working of basic functionalities of the website. We also use third-party cookies that help us analyze and understand how you use this website. These cookies will be stored in your browser only with your consent. You also have the option to opt-out of these cookies. But opting out of some of these cookies may affect your browsing experience.
Necessary Siempre activado

Any cookies that may not be particularly necessary for the website to function and is used specifically to collect user personal data via analytics, ads, other embedded contents are termed as non-necessary cookies. It is mandatory to procure user consent prior to running these cookies on your website.