The safety truck is an innovative concept that solves some of road safety’s biggest issues. Semi-trucks share roadways with passenger automobiles, and the disparity in size and weight leads to violent collisions, often caused by the difference in sightlines, maneuverability, and reaction times. In particular, semi-trucks and trailers obscure drivers’ views in situations including overtaking, sudden turns or braking maneuvers caused by animals or cross traffic, and wide turns.

Samsung created the Safety Truck concept to make roadways safer for all drivers. The Safety Truck features a wireless camera attached to the front of the truck which streams its feed to a video wall made of four exterior monitors on the back of the truck.

Whether deciding to overtake or reacting much quicker to potential threats located ahead of or beside the semi, drivers have much more information to drive safely behind Safety Truck-equipped semis than traditional tractor trailers. Samsung has developed several prototypes with large format displays and put the concept on the road with a local B2B client.

Samsung is now partnering with NGOs and local governments to parse through local regulations and source funding to roll out this potentially life-saving technology on semi-trucks across the globe.

The Safety Advances of Self-Driving Cars 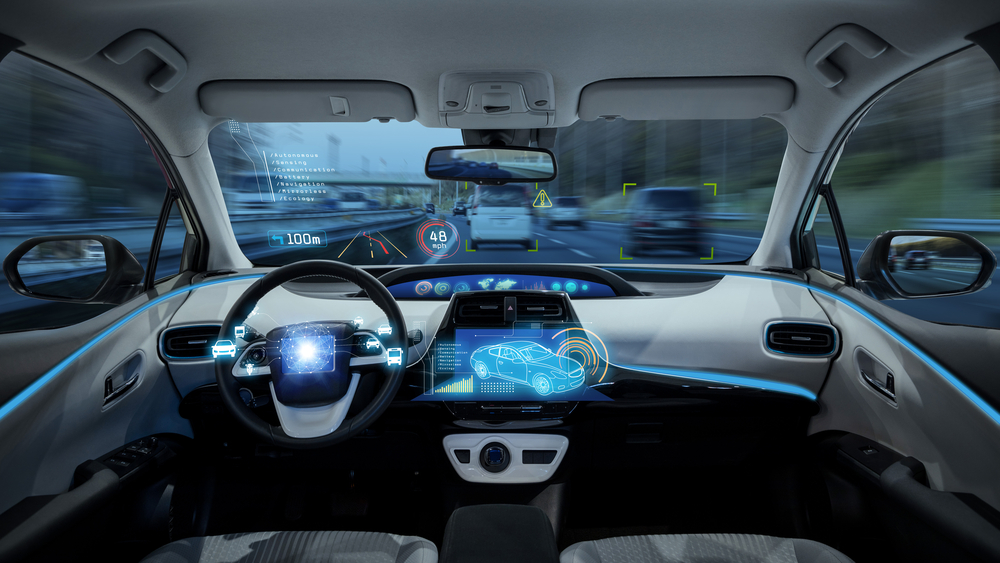 Aeva, a Mountain View, CA-based startup founded by ex-Apple engineers has built what the company claims is a next-generation version of the laser and 3D-mapping technology that most self-driving car developers base their software on.

LIDAR measures the distance and speeds of surrounding objects while the software runs 3D mapping technology to know the overall layout of roads and surroundings. Aeva’s next-generation system measures the speed and location of more surrounding objects than previous generations of self-driving car software, which promises to make self-driving cars far better at understanding the complex scenarios that unfold on crowded roadways.

The latest product demo involved Aeva employees riding scooters and golf carts in irregular patterns in front of a self-driving car running the company’s software. The scooters and golf carts were chosen to demonstrate the latest sensor’s ability to recognize moving objects that are smaller and less-defined than automobiles, while the users’ zig-zagging patterns were chosen to highlight the “human element” of roadway users which do not always adhere to straight paths in well-demarcated roads.

By processing multiple moving objects and constantly evaluating their respective speeds and velocities, the latest sensor can make informed decisions about how best to avoid even irregular movements by non-automotive road users. Aeva claims its sensing system is capable of shutting out interference from other, similar sensors — including those from other companies — and operating in all weather conditions and in the dark of night.

By integrating several different camera and motion-sensing systems into one piece of hardware, Aeva is able to create a smaller, lighter, and more complete device that delivers sharper and more integrated data to self-driving car computers. The lightweight, low-power box contains all of the sensors required for an autonomous vehicle to “see” and make sense of every component within its field of vision.

The Aeva sensor is effectively a much-improved set of eyes for the artificial intelligence algorithms that power self-driving systems on the road today. Aeva believes its product, which is known as a 4D LIDAR system, will become an industry-standard hardware and software package for use in commercial applications.

Aeva’s LIDAR system is visibly different from other self-driving car hardware in its sleek, smaller packaging. Similarly, its always-on laser gathers data faster than traditional pulsing-laser hardware, which, when combined with faster processing software, allows the system to more accurately spot, predict, and react to surrounding vehicles on roadways. Self-driving cars are a complex ecosystem of software and hardware, and Aeva is working hard to consolidate and simplify the hardware required as well as the amount and type of signals sent from hardware to the software. Many industry insiders and critics note that the sophistication of the signals generated by Aeva’s 4D LIDAR far surpass current systems on the market or in development, including the controversial “Autopilot” feature currently available on Tesla cars. 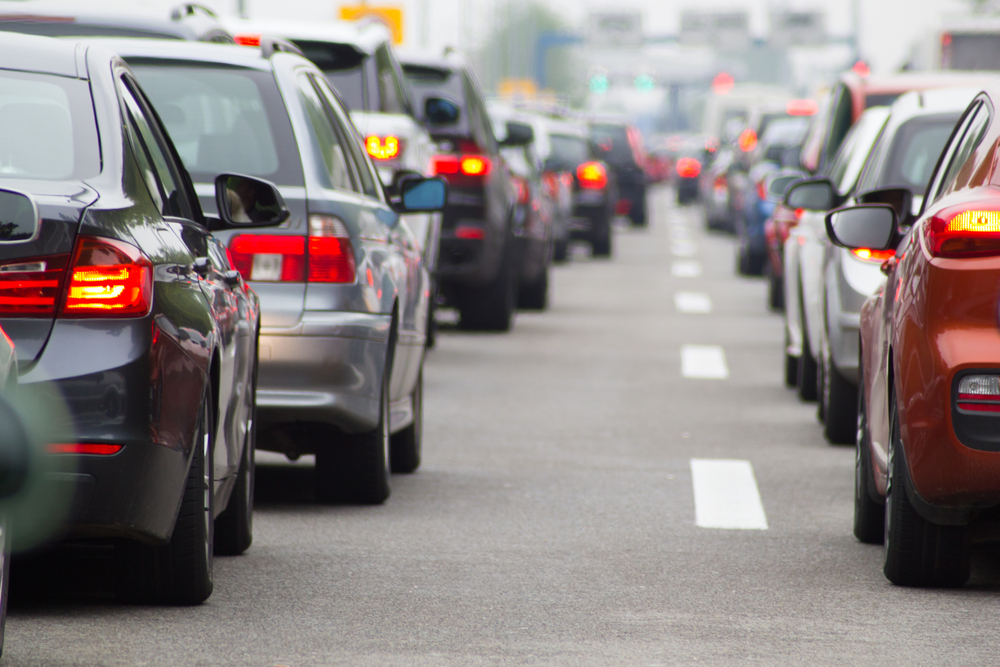 Vision Zero is an international initiative to reduce traffic fatalities to zero. Decades of traffic safety research have led researchers to new conclusions about accident survival rates and how to focus resources and legislation to best protect all road users.

One of the main takeaways is that the human tolerance for the forces associated with automobile accidents is finite and, while cars continue to become safer, there are still vector forces which safety technology cannot adequately combat. In these instances, it is important to design roadways and the artificial intelligence behind self-driving cars to protect drivers and unprotected road users (ie: cyclists, scooters, pedestrians) in the situations where they coexist.

On roads with no safety median and multi-use road surfaces, lower speed limits are found to increase survivorship by over 70 percent. For example, Vision Zero states that urban roadways should not allow a higher speed than approximately 18-20 miles per hour. At these speeds, the risk for a fatal accident is less than ten percent. Increase that speed to just 30 miles per hour, and the risk for fatality in accidents involving unprotected road users increases to over 80 percent.

Intersections are another point in traffic design that create a high risk for fatalities. Because intersections rely on drivers to understand and react to lights, they create the potential for head-on or t-bone collisions with high rates of differential speed which are the most fatal types of automobile accidents.

Vision Zero advocates for roundabouts because they reduce the speed drivers carry through intersections and along the roads that feed into them as well as eliminating the possibility for vehicles to collide while moving in radically different directions. The philosophical and engineering changes behind Vision Zero will also inform how automakers and engineers behind self-driving cars plan for future safety features.

A similar problem with signal-controlled intersections is the risk that pedestrians face when they have a walk sign while drivers also have a green light for making turns while at speed. These situations have led to countless fatalities and remain one of the more difficult situations for self-driving cars to interpret.

Vision Zero advocates for fully-protected crosswalk signals that eliminate this dangerous situation from intersections across the country. Changing how drivers are educated and how traffic signals direct drivers and pedestrians would also solve one of the more complex and difficult situations for self-driving cars and all other active safety assist software–those situations when drivers are monitoring oncoming traffic before making an unprotected left turn while pedestrians also have a walk sign on the blind side of the intersection. 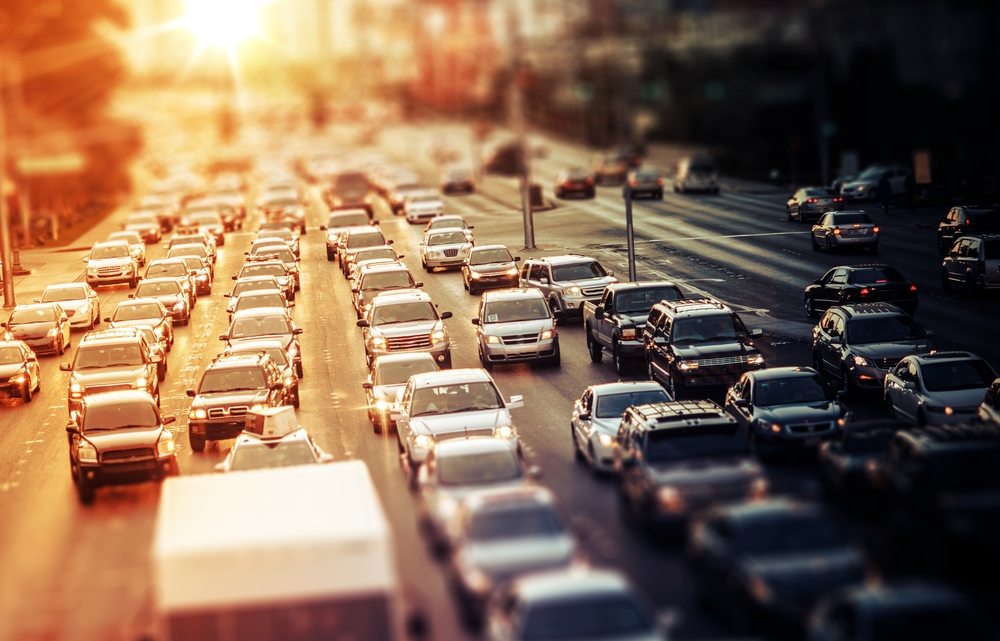 Advances in technology and road design promise to improve road safety as we continue to understand the primary contributing factors in dangerous accidents on roadways. With technology that solves many age-old safety problems like blind spots in cars and behind trucks, maintaining car speed and safe following distance, and braking automatically when sensors predict adverse conditions ahead, many of the innate dangers of driving will be radically reduced as more new vehicles are sold with more safety technology onboard.

Combined with advances in how we study and understand injuries and fatalities in traffic accidents, cars and roadways will continue to protect drivers, passengers, pedestrians, and bystanders alike. Regardless of your views on fully autonomous cars, Vision Zero may well be a realistic goal in urban areas across the globe within our lifetime.

This website uses cookies to improve your experience while you navigate through the website. Out of these, the cookies that are categorized as necessary are stored on your browser as they are essential for the working of basic functionalities of the website. We also use third-party cookies that help us analyze and understand how you use this website. These cookies will be stored in your browser only with your consent. You also have the option to opt-out of these cookies. But opting out of some of these cookies may affect your browsing experience.
Necessary Siempre activado
Necessary cookies are absolutely essential for the website to function properly. This category only includes cookies that ensures basic functionalities and security features of the website. These cookies do not store any personal information.
Non-necessary
Any cookies that may not be particularly necessary for the website to function and is used specifically to collect user personal data via analytics, ads, other embedded contents are termed as non-necessary cookies. It is mandatory to procure user consent prior to running these cookies on your website.
GUARDAR Y ACEPTAR